← more from
Scissor Tail Records
Get fresh music recommendations delivered to your inbox every Friday.
We've updated our Terms of Use. You can review the changes here. 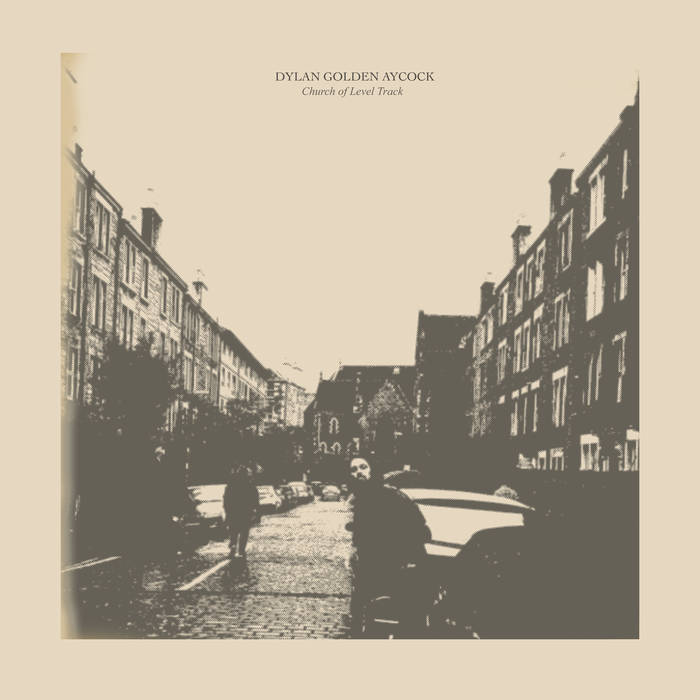 from_a_distance Amazing atmospheres and extremely touching finger picking, I called in love with this 12 strings guitar! Favorite track: Lord it Over.

Debut full length by Dylan Golden Aycock and follow up to the Rise and Shine EP from 2012.

- NPR
"Dylan Golden Aycock's lineage is clear: the fingerpicked blues of John Fahey, the swirling compositions of Robbie Basho and the outward-looking Americana of Jim O'Rourke's Bad Timing and The Visitor. That's not a bad crossroads to meet your demons at, especially when so much of what we call American Primitive now is in a state of transformation. Church Of Level Track kicks up dream dust in a positively lush collection of cosmic rags, ambient country tunes and steel-string ragas."

- Aquarium Drunkard
"...Each song is a jewel box of subtly shifting textures and moods centered on Aycock’s expert fingerpicking, and layered with dreamy pedal steel drifts, percussive touches and interlocking arrangements. Church of Level Track switches between crystal clear visions of the country and pleasingly disorienting and dissonant moments, Aycock guiding us through the journey with a sure hand. An album that keeps on giving."

- Dusted Magazine
"Dylan Golden Aycock is part of the new generation of guitar pickers young enough to first have been influenced by early volumes of Tompkins Square Records’ Imaginational Anthem series and then to be anthologized on a later one. The Oklahoma native is on Volume 7, should you feel like looking, playing an early version of “Red Bud Valley,” which sits in the middle of the B-side of the LP under consideration here.

Aycock’s composing on Church Of Level Track offers evidence that he’s well studied in a lineage of American Primitive pickers that stretches back decades before he was born. “Lord It Over” puts it right out there by opening with a double-thumbed bass line right out of John Fahey’s bag of tricks. But this quotation is merely an opening gambit, and one that is quickly followed by moves that prove Aycock is no parrot but a bird with his own song to sing. The steel guitar that sails in over his picking evokes first the bucolic playfulness of Jim O’Rourke’s Bad Timing and then keeps going back into the deep back shelves of country-rock lyricism. At the same time a virtual band (Aycock plays everything on the track and nearly everything on the LP) sets up a subtle undertow of entropic drumming and echo-laden feedback.

It’s simultaneously psychedelic enough to be illegal and as clear-eyed as an early riser’s first glimpse of the sunrise coming over the horizon, and it sets the tone for the six instrumentals that follow. Aycock’s music can be woozy, but it is also very focused on evoking certain emotions and images. Familiar acoustic patterns pull for memories you think you should have, even if you know you don’t. Gamboling rhythms bring to mind the blurry grass you blow past on two-lane highways and the attendant thrill of putting your foot down on said road because you’re pretty sure no one’s laid a speed trap on this route for years…" - Bill Meyer

- The Fader
"Dylan Golden Aycock ...reflects a cohesive understanding of the state of the acoustic guitar."

- FACT Magazine
"...grim guitar meditations create a dynamic listen and one that benefits from multiple trips; after all, there’s a reason it’s the soundtrack to a recurring dream..."

- AdHoc
"Coming off like a post-rock Loren Connors, Tulsa's Dylan Aycock (a.k.a. Talk West) plays a sort of disconnected blues,
sparse and twinkly and replete with the American guitar idioms we all know and love."

- Impose
"...there isn’t a note on this album that isn’t inviting to the ears. Aycock has found his sound, perfected it, and brought it to life in a very real way."

- Uncut Magazine
"… the latest graduate of the Imaginational Anthems comps to assert himself. “Church Of Level Track” mostly finds Aycock respectfully expanding on Takoma School roots, moving towards the sort of chamber folk compositions mastered by James Blackshaw and Tyler himself, circa “Impossible Truth”. A bustle of drums augment the guitar solipsisms on “Lord It Over”, but the key weapon is subtly deployed pedal steel, giving downhome fingerpicking workouts like “Red Bud Valley II” a pleasing ethereal undercurrent."

-Decoder
…"By opening up this space of experimentalism, Aycock invites a meditative introspection. The lulling quality of these American ragas guides the listener into ascending states of attention and recollection. Church of Level Track, like Aycock’s earlier work, marshals this effect to conjure a nostalgic vision of Americana…"

except - pedal steel on Arkansas River by Jesse Aycock

“Dylan Golden Aycock’s lineage is clear: the fingerpicked blues of John Fahey, the swirling compositions of Robbie Basho and the outward-looking Americana of Jim O’Rourke’s Bad Timing and The Visitor. That’s not a bad crossroads to meet your demons at, Church Of Level Track kicks up dream dust in a positively lush collection of cosmic rags, ambient country tunes and steel-string ragas.”

Bandcamp Daily  your guide to the world of Bandcamp

Mille Petrozza stops by to talk about the new Kreator album, plus music by Trauma Bond